On September 17th, Chairman of the Directorate, Executive Director of the Armenian Export Insurace Agency ICJSC, Armen Shahnazaryan had a meeting with the delegation of China Export and Credit Insurance Corporation headed by the Chairman of the CIS and Russian Federation Office of the Chinese State Export Insurance Corporation (SinoSure), Tun Jingyun. The meeting were attending other officials of the EIAA and SinoSure companies. 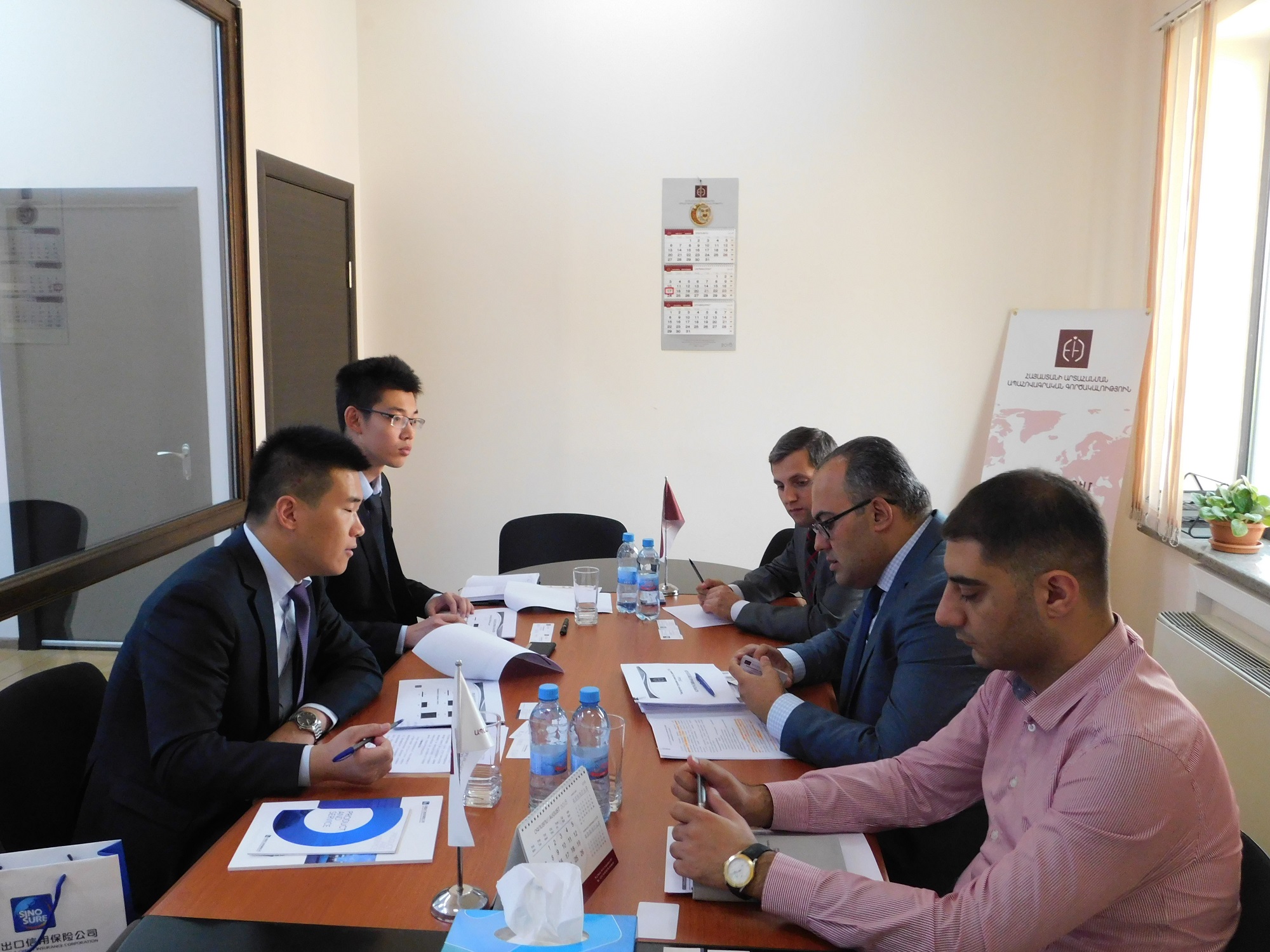 Durning the meeting, it was mentioned that, in November 2015, a Memorandum of Understanding (MOU) was signed between the two companies within the framework of which regular meetings and exchanges of information and other activities are held.

The parties have also discussed the results of the company's activities, prospektive directions of development, as well as the expansion of cooperation opportunities. 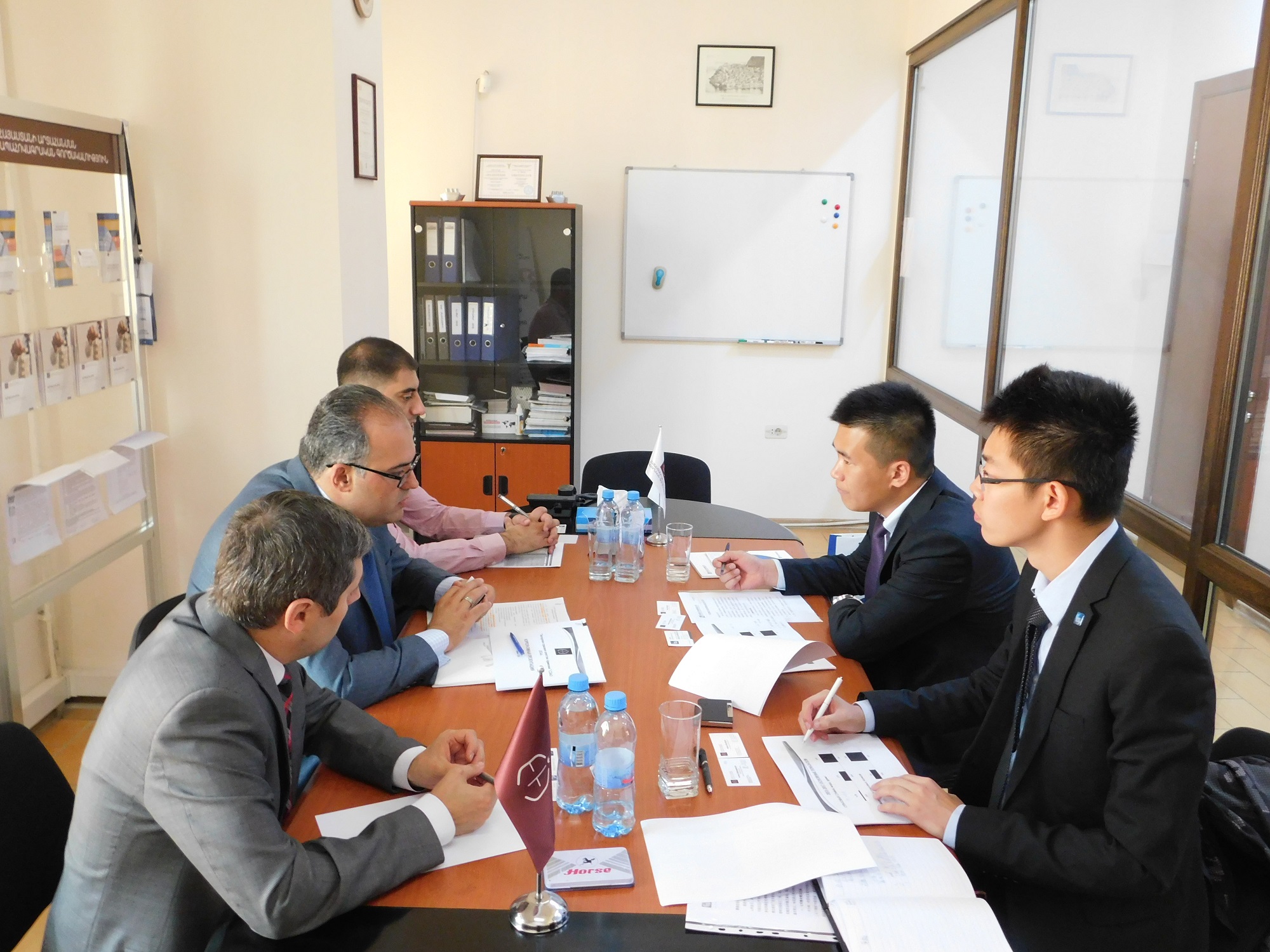 China State Export Credit Insurance Corporation is a 100% state-owned company (presently referred to the "Company"). established in 2001 by the decision of the Government of the People's Republic of China (PRS). As of the end of 2017, the number of customers was recorded 110.000 and the paind compensation made $10.8 billion. With the support of the company chinese exporters have received about 440 billion dollars of credits.